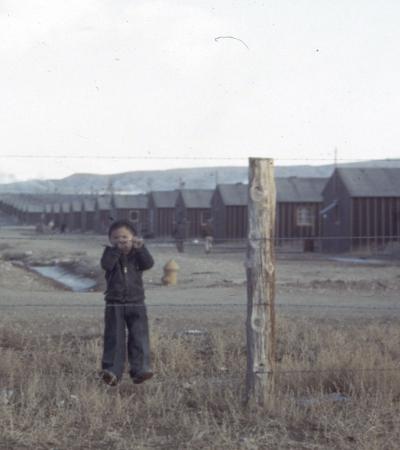 The Heart Mountain Relocation Center – located between the Wyoming towns of Powell and Cody and named after nearby Heart Mountain Butte – was one of ten internment camps used to incarcerate 200,000 Japanese Americans excluded mainly from the West Coast. After Imperial Japan attacked Pearl Harbor on December 7, 1941, Japanese Americans were looked at with suspicion by the American public and its government. Under the provisions of Executive Order 9066 signed by President Franklin D. Roosevelt, people of Japanese ancestry were to be imprisoned. Sixty-two percent were U.S. citizens.

To manage the movement and incarceration of such a large population, a new agency called the War Relocation Authority (WRA) was created. Site for relocation centers were selected by April 1942. California, Arizona and Arkansas hosted two centers each, while Colorado, Idaho, Utah, and Wyoming each contained one center. The WRA administrated the centers.

The Bureau of Reclamation managed the land on which the Heart Mountain Center was situated. Before the war, the Bureau had initiated a major irrigation project in the area and had already constructed canals, buildings, and some infrastructure. The site was adjacent to a railroad spur and depot where internees could be off-loaded and processed.

In June 1942, more than two thousand laborers enclosed 740 acres of arid buffalo grass and sagebrush with a high barbed wire fence equipped with nine guard towers and built 650 military-style buildings in a street grid that included administrative, hospital, and support facilities along with 468 residential dormitories. Thousands of acres of surrounding land were designated for agricultural purposes, as the center was expected for the most part to be self-sufficient.

The center opened on August 12, 1942 when internees began arriving by train from the Pomona, California, Santa Anita, California, and Portland, Oregon assembly centers. By January 1, 1943, the camp reached its maximum population of 10,767 internees. This made the center, at the time, the third largest community in Wyoming.

All the buildings were electrified, which was then a rarity in Wyoming. However, they were also shoddily constructed and drafty. Each barracks unit only contained one light, a coal-burning stove, and an army cot and two blankets for each family member. Internees had to trek to shared spaces for meals and latrines. They did their best to make improvements on their new “apartments” by hanging bed sheets to create extra “rooms” and stuffing newspaper and rags into cracks to keep out the cold and dust.

Men incarcerated in relocation centers were still subject to the draft, and this generated a backlash in the form of a resistance movement. The Heart Mountain Fair Play Committee was quite active in this resistance, encouraging internees to avoid military induction. Seven members of the committee were convicted for conspiracy against the Selective Service Act, and 85 internees were imprisoned for draft law violations. Despite the opposition, 799 young Japanese American men, volunteers, and draftees from the center served in the American military.

The lifting of the West Coast ban in January 1945 spurred evacuation of the relocation centers. By November 10, 1945, the last internee left Heart Mountain. All internees were given $25 and a one-way train ticket to the location they had been picked up from. They were left to try to rebuild their lives as best they could.

Bill Manbo Sr. (1908-1992) was a Riverside, California native and a Heart Mountain internee. His parents were Japanese immigrations from Hiroshima. Bill, along with his wife and son, were forced to leave their home on April 28, 1942. They were sent to the Santa Anita Assembly Center before being interned at Heart Mountain. Manbo secretly documented life at Heart Mountain through photography, sending the film to Los Angeles for processing.
Collection Details 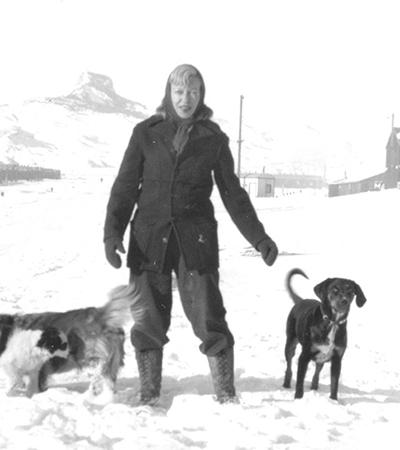 Watercolor artist Estelle Peck Ishigo (1899-1990) was interned with her Japanese American husband Arthur Ishigo at Heart Mountain. After the Pearl Harbor attack, both she and her husband lost their jobs. Arthur was ordered to be interned and Estelle followed him although she was Caucasian and not forced to do so. Her papers contain photographs and sketches she created during her time at Heart Mountain. 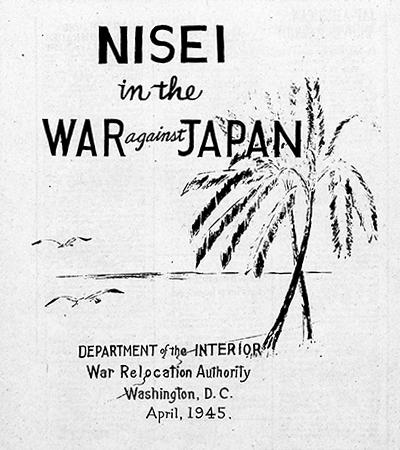 This collection contains the Heart Mountain charter, community minutes, notes on resettlement plans, and documents in Japanese. There are also transcripts of the trial of Tom Yamada, 13- or 14-year old teenager who was charged with assault and battery with a BB gun by the Heart Mountain Judicial Commission in September 1944. 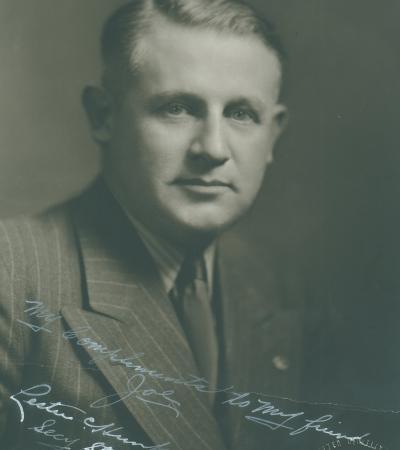 Lester Calloway Hunt was a Wyoming Governor and United States Senator. Hunt was elected governor of Wyoming in 1942 and 1946, and U. S. Senator in 1948, a position he held until his death in 1954. His papers contain news clippings about Japanese Americans and correspondence related to Heart Mountain while he was Governor of Wyoming, including use of the internees for farm labor; opinions for and against permits for internees to shop in nearby communities; food hoarding accusations, and other issues. 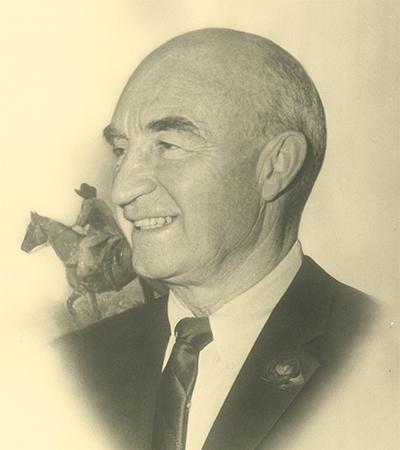 Milward L. Simpson was Governor of Wyoming from 1955 to 1959 and was elected to the United States Senate in 1962. Before that he was a prominent lawyer in Wyoming. In November 1942, Simpson became chairman of the Park County Civilian Defense. The Office of Civilian Defense was a federal emergency war agency set up in May 1941 to co-ordinate state and federal measures for protection of civilians in case of war emergency.