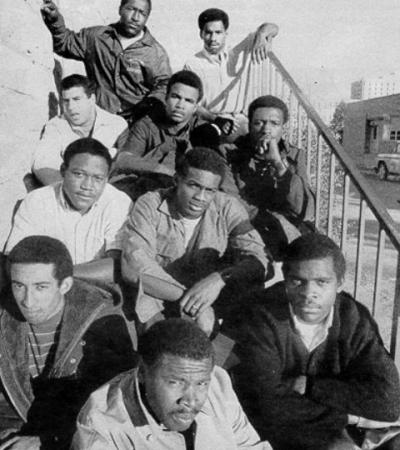 In an era of civil and political unrest, Wyoming in the 1960’s seemed to avoid being part of the protests going on in the rest of the country. Most of the state’s attention was instead focused on the University of Wyoming football team which, by 1969, had produced three Western Athletic Conference (WAC) championships and a close loss in the 1968 Sugar Bowl. That is until the Black 14 Incident occurred.

The Cowboys’ head football coach Lloyd Eaton had a strict policy that student-athletes were not allowed to participate in political and social protests. Many colleges were demonstrating against U.S. involvement in the Vietnam War, and WAC schools had begun protesting policies of the Church of Jesus Christ of Latter-Day Saints (LDS) which ran Brigham Young University (BYU) because of its policy of denying priesthood to Black men.

The newly formed “Black Student Alliance (BSA) at UW, in anticipation of the upcoming game against BYU, issued a letter encouraging students and student-athletes to protest against the LDS church. The letter stated the LDS policy was “clearly racist” and that “all people of good will” should wear black armbands to protest the racial policies of the church during the game against BYU.

Following the BSA statement, Coach Eaton reminded his team of his policy banning players’ participation in protests and demonstrations. The 14 Black members of the team decided to seek Eaton’s permission to participate in the protest by wearing black armbands during the BYU game. On the morning of October 17, the 14 players arrived at the fieldhouse to meet with Eaton wearing armbands over their civilian clothes to show him what they had in mind.

According to witnesses, the coach ushered the group into the fieldhouse stands and told them that he would “save them a lot of time” because they were all off the team for violating team rules. Eaton then told them to go back on “negro relief” or to traditional Black colleges like Grambling or Morgan State, and repeatedly told them to “shut up” when they tried to state their side. Eaton’s actions were reviewed and upheld by the University, and many Wyoming football fans demonstrated strong support for Coach Eaton and his dismissal of the players.

At the game the next day, about 200 protesters picketed against the LDS Church. The dismissed players sat quietly in the student section and watched the now all-White Cowboy football team play. Due to national coverage by the media and Coach Eaton claiming the Black 14 was a “plant job” started by the Black Panther organization, the Wyoming National Guard was called in to hide under the bleachers on the chance that protestors were coming in from Denver to disrupt the game.

At a press conference the UW President admitted that football was more important than civil rights. As pressure grew, Eaton withdrew his ban prohibiting players from participating in protests and demonstrations but not until the following season. His decision not to reinstate the 14 players led to a battle in the courts.

Williams v. Eaton, pitted the right of free speech again the principle of separation of church and state. The case drug on in court and finally ended on October 31, 1972. The U.S. Court of Appeals, Tenth Circuit, on two occasions upheld the actions of Eaton, UW, and the UW Board of Trustees. The plaintiffs, the Black 14, did not appeal the decision to the U.S. Supreme Court.

Following this incident UW had trouble recruiting Black student-athletes. The once winning football team went on to have many losing seasons over the next decade. Eaton was fired in 1970. In 1978 the LDS Church changed its policies towards Blacks by allowing access to the priesthood to all men without reference to race or color. In 2019, the University of Wyoming issued an official apology to the surviving players, 50 years after their controversial dismissal from the team. 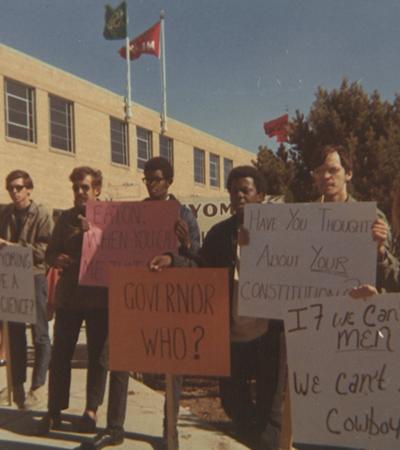 Former University of Wyoming employee Irene Schubert gathered material related to the dismissal of the 14 black players from the University of Wyoming’s football team in October 1969. The collection includes armbands, audiotapes of meetings, biographical data of the dismissed players, statements and press releases, photographs of demonstrations, newspaper clippings from around Wyoming and the country, issues of the student publication Revelations and other protest newsletters, and miscellaneous other materials. 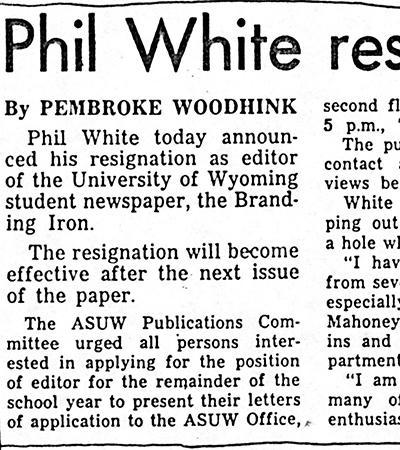 Phil White served as editor of the University of Wyoming student newspaper the Branding Iron from 1969 until shortly after the dismissal of fourteen African American players from the UW football team in 1969. He later became a staff writer for the Wyoming-based Casper Star-Tribune. The collection contains articles from the Branding Iron about the Black 14 controversy as well as articles from other newspapers. There is material pertaining to Coach Lloyd Eaton including information on the court trial that followed the dismissal of the football players. 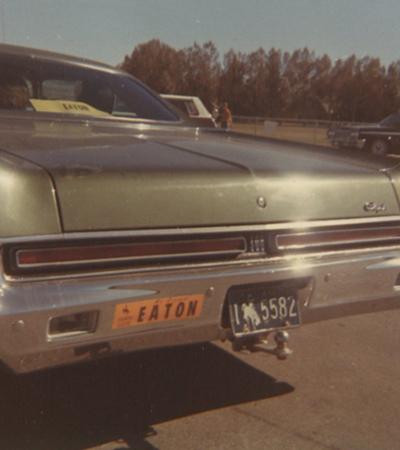 Collection contains an in-depth history of the University of Wyoming Presidents’ Office, encompassing a wide range of financial, budgetary, and administrative functions. Of special interest are the three boxes of office files relating to President William D. Carlson’s term as president from 1968-1977, including a 1998 reminiscence entitled “Four Seasons in Laramie: Adventures of a University President.”

The collection contains a silent, 2:18 minute film that portrays protesters, some with black armbands, staging demonstrations at the University of Wyoming. The film was found in a vault of the Wyoming governor's office in 1979. The collection also contains a recording of a panel discussion on the 40th anniversary (2009) of the Black 14 controversy, which included Mel Hamilton, John Griffin, Clinton Isaac Jr., Charles Graves, Kevin McKinney, and Ryan Thorburn.