Film, radio, and television gained popularity over the first half of the twentieth century and into the postwar period. New technology allowed the entertainment industry to transition from theater and live music to these media that could be recorded and widely distributed. For the first time, wide swaths of the nation could be exposed to the same audio-visual material. Demand for these media skyrocketed, creating new jobs for actors, musicians, and broadcasters. Modern American entertainment was born.

Film, the oldest of the three media, can trace its beginnings to the invention of photography in 1839. Once live images could be captured, entrepreneurs hoped to similarly capture sequences of events. Over the next half-century, various machines were invented to capture the magic of a moving picture. Among these were the zoöpraxiscope, the electrotachyscope, and the kinetoscope, though none of these was suitable for capturing long sequences or projecting them effectively for an audience. In the 1880s, however, the invention of film reels and cameras designed to use them allowed the capture of long sequences of film on a small amount of area. By 1900, these silent moving pictures were popular with audiences.

The late 1920s saw the invention of talkies—films with audio tracks—as well as the first real film stars, such as Charlie Chaplin. Cinemas were raised as locations to view these films, and film became a multi-million dollar industry with the beginnings of Hollywood in California. The 1930s saw the arrival of films with true color, which replaced the much more expensive process of coloring each frame individually. Popular with audiences, color films brought more wealth to Hollywood, and solidified film as a successful industry.

By the end of the Second World War and the arrival of the 1950s, film was at the center of American life. Movies were, and remain, a popular pastime, and were accessible for Americans of every walk of life. Successful movie stars make a great deal of money, and are among the most famous American celebrities. Today, film is a hundred billion dollar industry annually, and Hollywood is one of America’s best known cultural sites.

Invented in the early twentieth century, radio provided a form of entertainment that Americans could access in their homes. The first radio stations launched in 1920, allowing Americans access to sports, music, and events that were previously reserved for those who could afford them. By the 1930s, radios could be found in automobiles, and as the price of these cars decreased, Americans could access this leisure activity even while on the move.

Today, radio is split between amplitude modulation (AM), frequency modulation (FM), and digital formats. Though no longer a dominant form of media in this country, the radio industry is still worth over twenty billion dollars per year globally. Modern radio is dominated by networks of commercial broadcasters and continues to be regulated by the Federal Communications Commission.

By the middle of the 1950s, television was an important part of the American home. Indeed, by 1954, over half of American homes had a television. This led to the rise of the first television stars. Lucille Ball, Andy Griffith, Jack Benny, Ozzie and Harriet Nelson, and other actors were able to gain fame and wealth through their leading roles in the 1950s and 1960s.

Over the years, television has gone through many changes. Color television had been introduced in the 1940s, a huge step forward for the industry, but it did not become widespread until the 1960s. Today, high definition broadcasts are commonplace. Some television sets are even capable of showing 3D content. Many modern televisions are Smart TVs, capable of connecting to the internet. In 2020, the television industry is worth nearly one hundred billion dollars per year.

So, since the advent of modern popular culture, film, radio, and television have dominated the American media landscape. Worth billions of dollars combined, the media have overcome their complicated technological beginnings to become staples of the American culture. 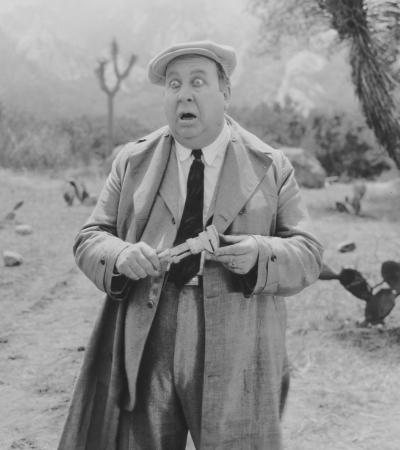 Al Christie (1881-1951) was a Canadian-born film director, producer, and screenwriter. He began working for the Nestor Film Company in 1909. Nestor was based in New Jersey, but in 1911 Christie moved to California to open a studio for Nestor on the west coast. This was the first movie studio in Hollywood. Al Christie founded Christie Film Company with his brother Charles Christie in 1916. The company was best known for producing Christie Comedies. Many of these productions were two-reel shorts, but the company also produced full-length features. 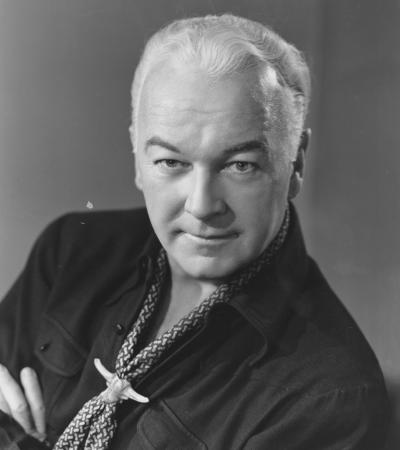 William Boyd (1895-1972) was an actor known for his roles in western films. Originally from Ohio, he moved to California to find work after the death of his father. He broke into the film industry as an extra, and built his fame over the 1920s. In 1935, he received the role for which he is best known: Hopalong Cassidy. 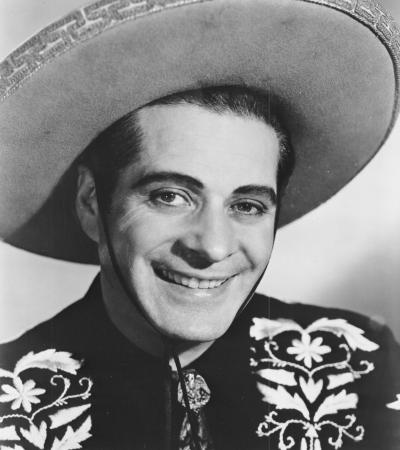 Duncan Renaldo (1904-1980) was a film and television star from Romania. He emigrated from Europe in the 1920s, and began working in entertainment in 1928. He was best known for his role in western films, particularly for his role as The Cisco Kid, a character he played in twelve films and in 156 television episodes. Cisco and his sidekick Pancho (played by Leo Carrillo) traveled the West righting wrongs and fighting injustice wherever they found it. The Cisco Kid character was the creation of short story writer O.

Jack Benny (1894-1974) was a vaudeville, radio, television, and film actor. Born Benjamin Kubelsky in Waukegan, Illinois, Benny first honed his talents as a comedian on the vaudeville stage, then found his style was uniquely adapted to the new medium of radio where he became a national celebrity with his Jack Benny Show (1943-1958). His wife Mary Livingstone often joined him on the show. Benny took the show to television while also make guest appearances on other programs. While his show was on its summer break in 1943, Benny performed in Europe and Africa on a U.S.O. tour.