In 1848, California was annexed to the United States from Mexico following the conclusion of the Mexican-American War. In that same year, gold was discovered in the new American territory. Thousands of Americans rushed into California hoping to get rich. By 1850, California’s population had reached almost 100,000. Now a sizable territory, California applied for statehood, and was admitted to the union alongside Texas in 1850. By 1854, the state’s population approached 300,000.

Meanwhile, in the eastern United States, the nation found itself on the brink of civil war. The southern states’ dependence on slavery caused a rift with the northern states that favored national emancipation of enslaved people.  By the middle of the 1850s, tensions were high, and the Pierce and Buchanan Administrations proved unable to solve the growing national crisis. The need to reliably communicate with California, a state without slavery, grew as the country moved closer and closer to war.

In the 1850s, mail could take more than three weeks to travel from the east to California. Letters were often sent by boat. They would be shipped south to Mexico or Panama where they would be loaded onto a train and delivered to the Pacific coast. Another boat would pick them up and deliver them north to California. The only alternative to this slow process was to send them by stagecoach across the frontier. However, this process was dangerous, as there were few reliable trails in the region. The threat of interception by bands of Native Americans was omnipresent. Neither of these options was reliable enough to facilitate easy communication between east and west.

To enhance communication in this time of national struggle, William Russell, Alexander Majors, and William Waddell formed the Pony Express in 1860 as a part of their Central Overland California and Pike’s Peak Express Company. They envisioned a system in which a mail carrier would ride for ten miles on a horse, stop at a company station, switch horses, and continue to the next station ten miles away. The rider carried a sack of mail, which he would bring with him as he switched from horse to horse. Using this system, letters could be delivered in ten days, a huge improvement on the previous timeline of three weeks. Although still dangerous, by establishing stations across the West, the Pony Express was a safer endeavor than older stagecoach systems.

Although establishing this system was an impressive feat, it was incredibly expensive. Riders demanded high pay for riding ten hours a day, and the company’s four hundred horses demanded food and water. Maintaining 186 stations along two thousand miles between Missouri and California was costly. When the service began, shipping a letter cost five dollars, a prohibitively high price for most Americans. The few customers who could afford the service were mostly newspapers and businesses. Though an improvement on older systems, it soon became clear that an even better system was needed to facilitate communication.

Just ten weeks after the first Pony Express deliveries, the United States Congress authorized the construction of a trans-continental telegraph system. With a telegraph, messages could be sent nearly instantaneously over large distances. Though the Pony Express continued to deliver mail while the telegraph was under construction, it was clear that its days were numbered. In October 1861, the telegraph was completed. The Pony Express ceased operations that same day, and its final mail was delivered by early November.

Though the Pony Express lasted for only eighteen months in 1860 and 1861, it was a huge step for communication across America. It cut the time required to deliver a message between the east and west by more than half. It allowed California to be in regular contact with the government in the east. It connected the country at a time of crisis. Though expensive and quickly outperformed by the telegraph, the Pony Express represents a triumph for communication in the United States. 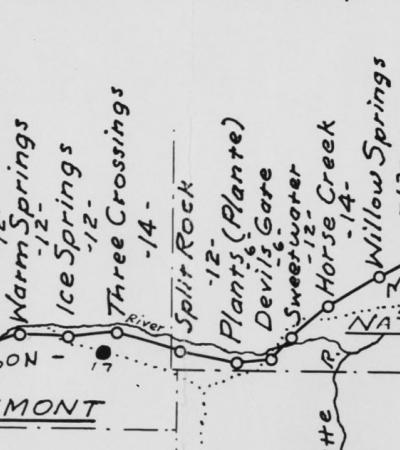 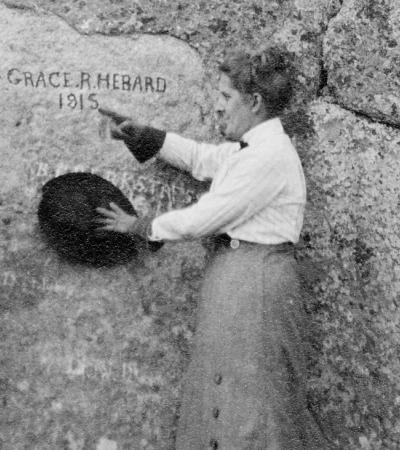 Grace Raymond Hebard worked as a professor and librarian at the University of Wyoming. She researched the history of the American West and had an interest in the Oregon Trail and Native American life. In addition to her success in academia, she was the first woman to practice law in the state of Wyoming and eventually appointed the first vice president of the National Society of Women Lawyers.